Get Ready for the 1940 Census Release

On April 2, 2012, users will be able to search, browse, and download the 1940 census schedules, free of charge, from their own computers through the new 1940 census website: www.1940census.archives.gov. For the release of the 1940 census online, the National Archives has digitized the entire census, creating more than 3.8 million digital images of census schedules, maps, and enumeration district descriptions.

NARA recommends that you go ahead and bookmark the new website www.1940census.archives.gov now!

A National Archives 3:13 minute video short on its YouTube channel (http://tiny.cc/1940Census) and on www.1940census.archives.gov provides a “behind-the-scenes” view of staff preparations and gives viewers tips on how to access the data once it is launched on April 2. This video is in the public domain and not subject to any copyright restrictions. The National Archives encourages the free distribution of it. Feel free to share it with whomever you want!


The National Archives is using social media to get the word out and inform family historians on Twitter (using hashtag #1940Census), Facebook,  Tumblr, Flickr, YouTube.  Customers can also subscribe to National Archives blogs: NARAtions and Prologue: Pieces of History to learn more about the 1940 Census.

Heads up:  On the morning of Friday, May 4th, the BDC will hold a program on how to use the 1940 Census to find yourself - or your relatives. Details forthcoming!
Posted by Grace Cordial at 12:00 AM

The purpose of the Beaufort District Collection is to acquire, preserve, maintain and make accessible a research collection of permanent value that records the history of Beaufort, Hampton, and Jasper counties in lowcountry South Carolina. We have biographies and other nonfiction books, maps, video materials and archival collections about local history including Gullah traditions, natural history, archaeology, genealogy and other topics relevant to this area. 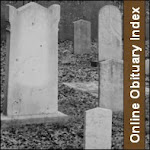